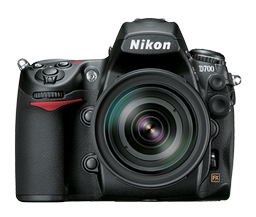 Nikon’s answer to my question “Where’s My full-frame” camera is apparently the D700. Or is it?

Last week there was a lot of hoopla on the internet with rumors of the D700 list price dropping to $2199 (from $2699). As usual, chippiness on the internet ensued, with many insisting Nikon wouldn’t do that, didn’t have any D700’s to sell at that price or some other D700/D800 declaration. It amazes me how many people on the internet make statements that seem to say they have direct knowledge of volumes and industry data (e.g. “the D700 killed the volumes of the D3” or “there aren’t enough D700’s to sell to make $2199 a real market price”).

Well, I disagree with the fist-pumpers that say the D700 is gone sooner than later, for a couple key reasons. First, I think it is a smart thing to do, but secondly, they might not have a choice. Let me explain.

As I’ve mentioned before, my day-job has been in the technology industry for over twenty years, and I closely followed it for years before that. I’ve worked in product management for many years, which has given me a fair bit of insight and knowledge about how development, testing, manufacturing, marketing, etc. work when it comes to PC’s and peripherals. I can’t say my experience and understanding is directly analogous to cameras, but I’d bet things aren’t too much different.

When I say Nikon didn’t have much of a choice to keep the D700 in production, I mean exactly that. More than likely, Nikon had very long lead-time commitments and minimum volumes on a variety of expensive components on the D700. In other words, they probably owned the parts even if their production at Sendai was severely limited by the tsunami and the effects on the area. On top of that, the costs of tooling and manufacturing equipment is amortized over the expected volumes of the product. Net: They need to keep the program whole to make their money, and they probably owned a lot of the critical parts. The alternative to continued production was likely a huge financial write-down, which probably wasn’t attractive given the impacts of the Tsunami in Japan as well as the Thailand floods, which disrupted other parts of Nikon’s business.

The assembly lines for these kinds of things don’t require as much space as you might think, and are actually somewhat portable – in other words, they could pretty easily make room for the D800 production lines in the buildings where they are making the D700. Their main concern is enough power and reliable power (the power production in the area was said to be erratic, which manufacturing lines don’t tolerate well).

If Nikon can the lights on and the machines running, there isn’t any reason at all they can’t run full-scale D700 and D800 production concurrently. They’ve had enough time to prepare and get the planning done, workers in place, etc and lots of incentives to do it. Barring some kind of component shortage, I could easily see them keeping the D700 around a while, just like the D90. Why not? It gets rid of the parts they likely are committed to, pays for the tooling and manufacturing lines and essentially fulfills the financial promise the D700 team made to the company.

Then there are the reasons I think it is a smart thing for Nikon to keep the D700 in the family. It fills a price cell they don’t currently address and makes Canon a little uncomfortable as they try to compete with the D700 @ $2199 and the D800 at $2999 with the 5dMKIII @ $3499. In the days since, Canon has reduced the 5dMkII to $2199 as well. Maybe Nikon and Canon will even get an idea of whether an “entry” FX platform is truly viable without having to invest in entirely new products, not to mention creating something that is distanced enough feature-wise from the D800 that it isn’t going to drag on that product (in my opinion).

Personally, I’d love a D3s sensor in a D700 body (detailed in my Open Letter to Nikon…). I’d start selling blood and light up eBay with everything I could find lying around to get one. In the meantime, I think you’ll see D700’s available in moderate volumes. Only time will tell, and even then it will validated only by perception/word of mouth – all these chippy guys who make all these bold statements about shipping numbers never seem to produce any source for their information. I wish Nikon did release more data – it would be fascinating. In the meantime, it will also be interesting to see how long Canon keeps the 5dMkII around – I doubt they intended to do that, so who knows how well they’ve been able to source the components necessary to continue production.

If you’re judging from stock at B&H, you can get the Canon 5dMKII right now, while the Nikon D700 says “Backordered”…